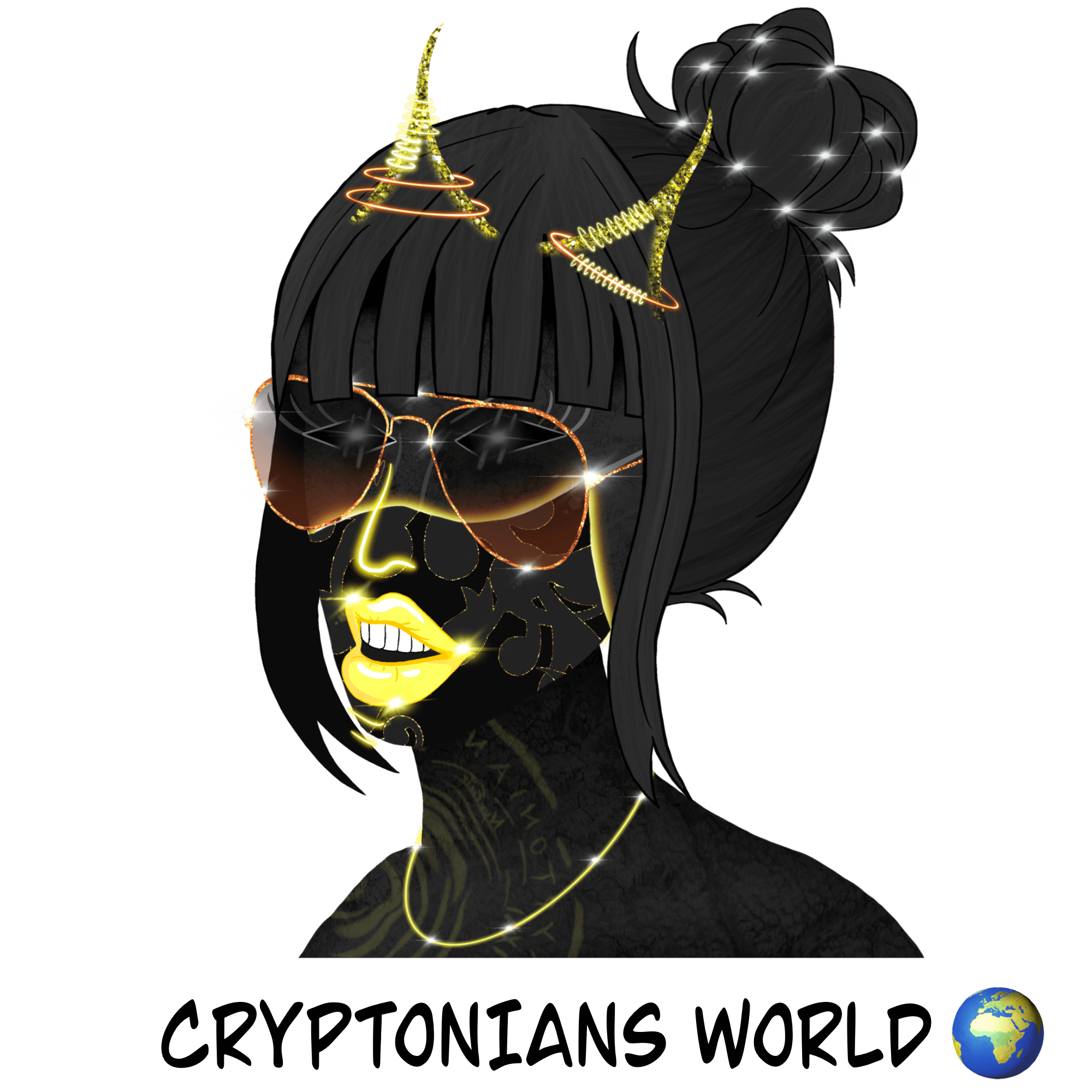 Cryptonians World is an NFT project which is a bridge between 10k AI/Generative collectibles and 1/1 NFT art. Each Cryptonian is hand drawn and uses a twitch to customize attributes. This would mean that 2 Cryptonians may have the same kind of attribute but one may be larger or smaller to fit the face structure better. Our artist has lovingly made the first collection of 2066 Cryptonians which will be available for minting in the second week of November 2021. There are different tiers of Cryptonians which include Galaxy Leaders, Heirs to the Throne, Babies, and regular Cryptonians. There will be a rarity system as well as revenue sharing mechanics that will incentivize early adopters of this project. Furthermore, we plan to regularly give airdrops to our community members

A neutron star collision erupts and, out of the dust of the ancients, the majestic creatures arise.

The Cryptonians arrived on Earth at the time of the supercontinent Macrozenith, or what we humans would have called Pangaea. They arrived as one collective mind and decided to explore this foreign land. They combed the earth and seas and soon found that there was an abundance of wildlife, terrain and sustenance. For these Cryptonians did not only seek out food as we do. These creatures thrived on cosmic energy and navigated through the nebula for their brain-food. Their need to advance and develop their interstellar power was their driving force to voyage through deep space. It was their stimulant. Finding their way to Earth, they instinctively felt a powerful energy unlike any other planet. An intellectual and profound vitality bursting from its volcanic core and radiating from each lightning strike...read the rest of the STORY!